Isn’t it hard to believe that August is almost over! Where has this month gone..i decided this month I needed to add a bit of colour to my space 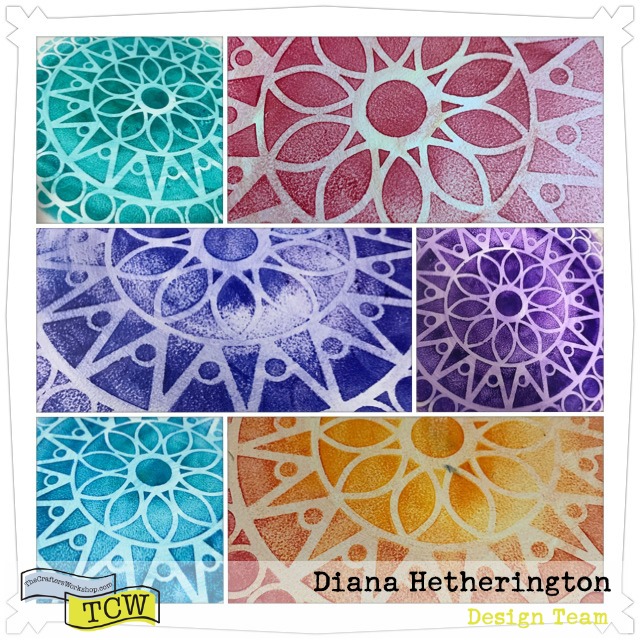 The Crafter’s Workshop provided me with some product to create this project. The opinions I share are solely my own.

I opened my home studio over a year ago and I just used old kitchen cabinets for storage and old tables with an added pressboard top for my workshops and although they were working really well i found everything was a tad darkish. Off to the paint store i went and the commencement of painting my cabinets began….

Oh but then there was quite a bit of paint left over and well that is where this project begins.

I started off my painting the table tops just flat white 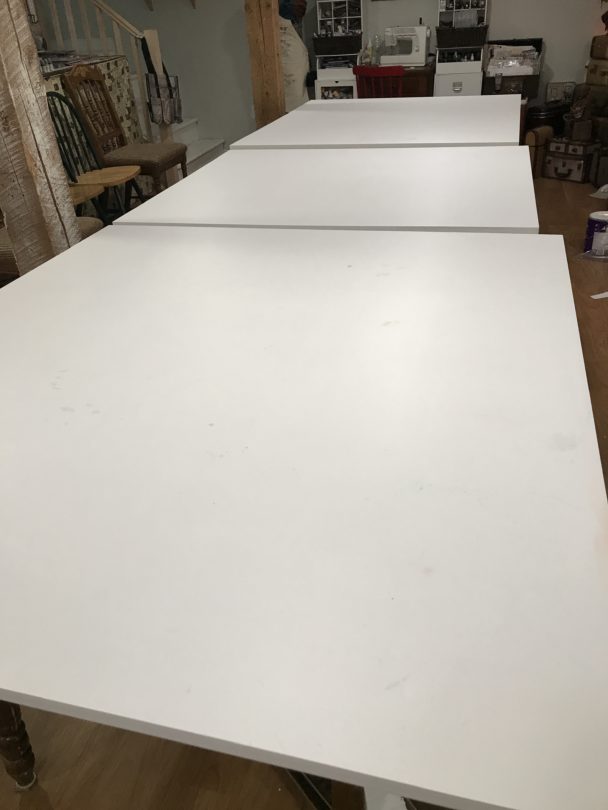 but then I couldn’t just leave them plain right!!! so I decided I would brighten them up just a bit and after choosing the Stained Glass stencil and deciding I wanted to create a row right down the centre and painting them the colours of our chakras.

I first measured and marked where the centre of each stencil would land and then I began painting. 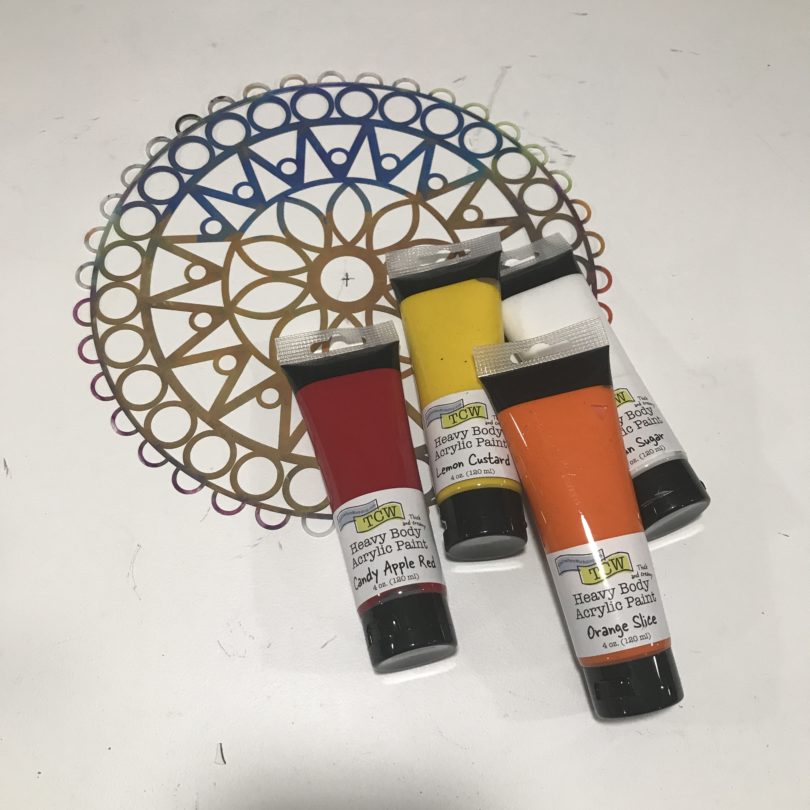 I applied various colours through each stencil to create variation through out and kept going until I was happy. 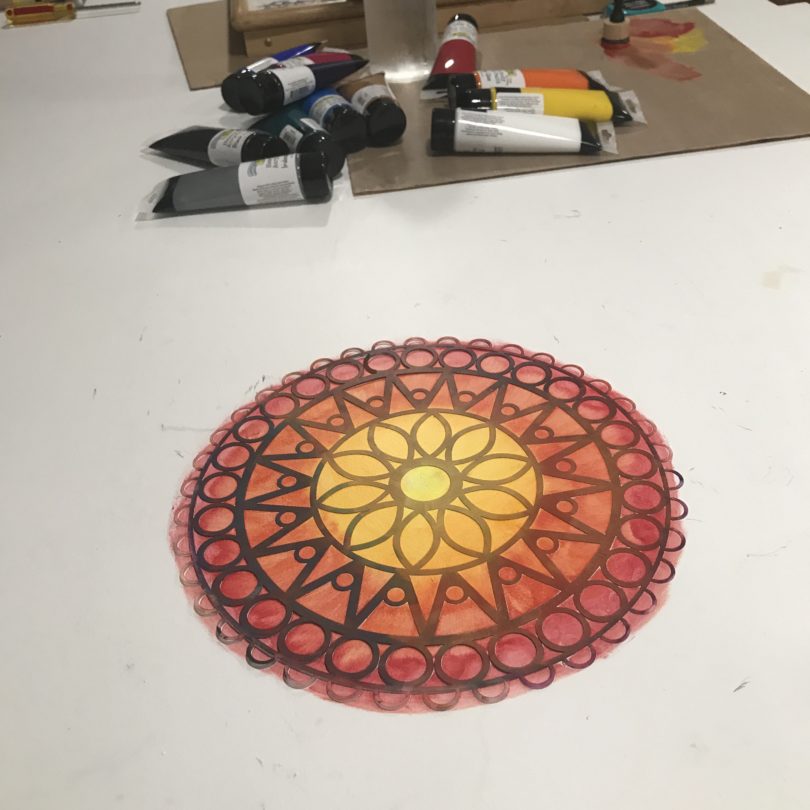 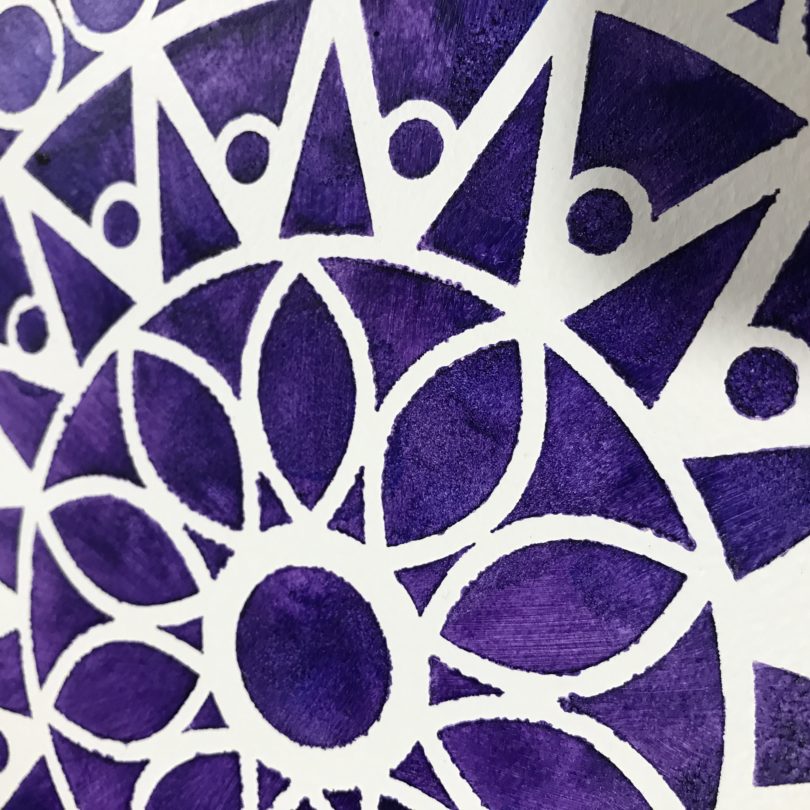 as much as I love the crisper lines I wanted my image to appear aged so taking a baby wipe I wiped down each ring and because they weren’t completely dry I was able to smug some paint and remove some too! 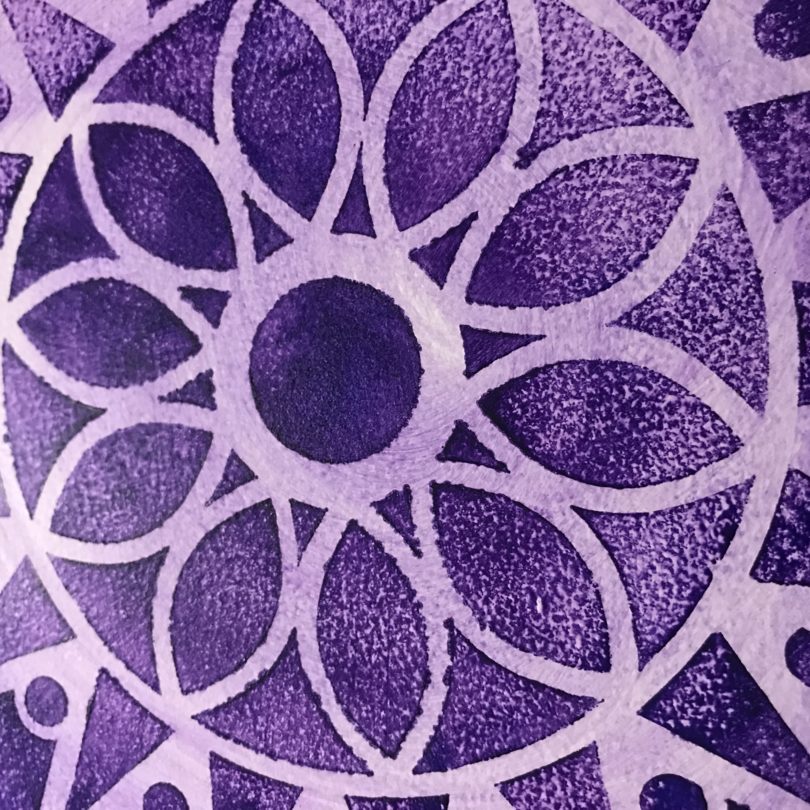 now that is what I wanted!!

Now i found the tables didn’t look complete with just the 7 images down the centre so I took out a coupe of 6×6 stencils and using the black licorice paint I bordered my tables.  I purposefully didn’t use the entire stencil each time because once again I wanted that aged look 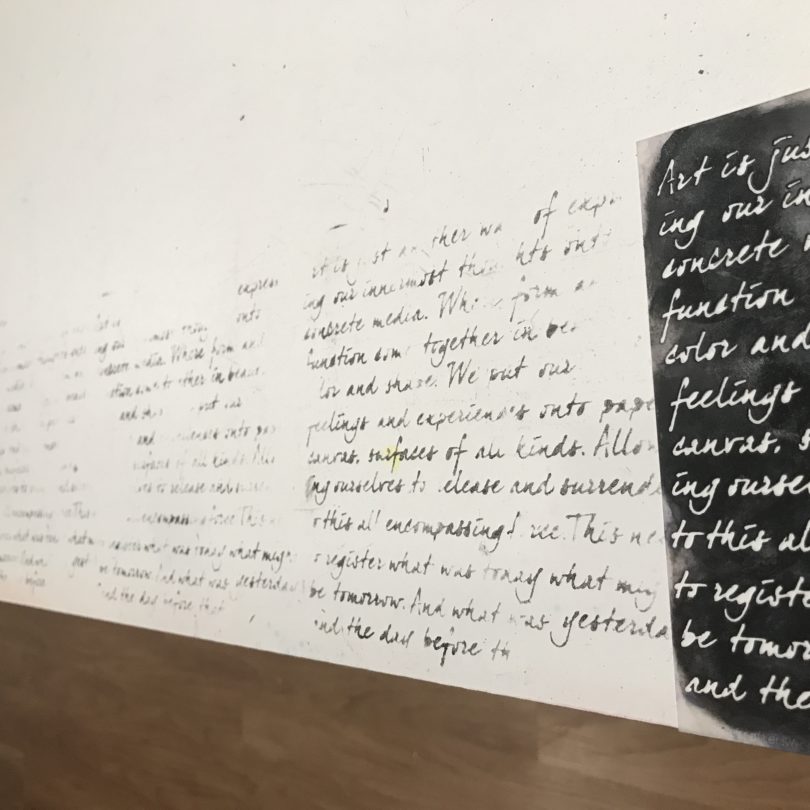 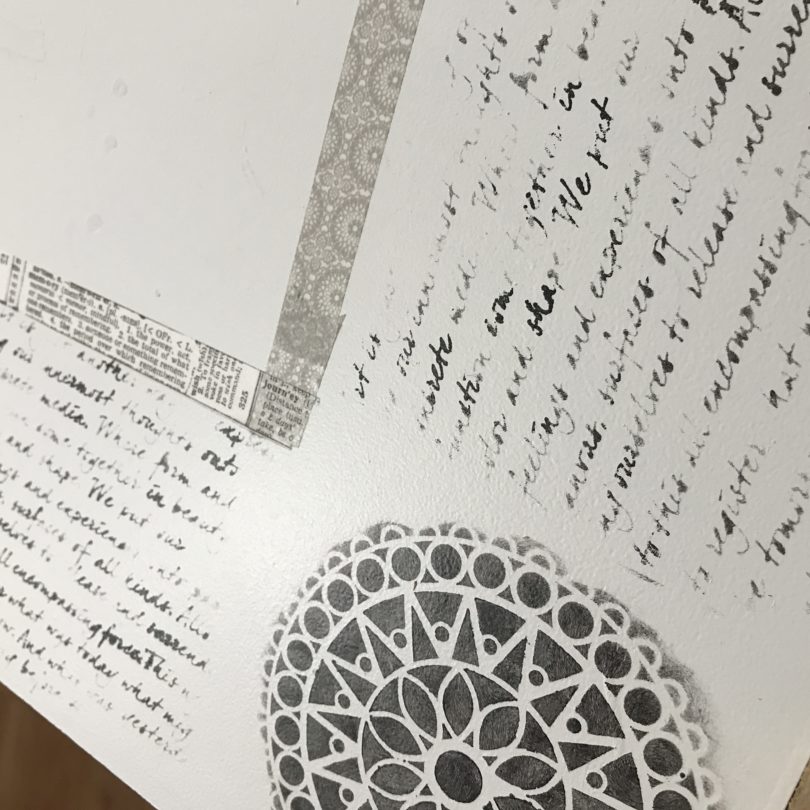 and here you have it.. my completed table tops 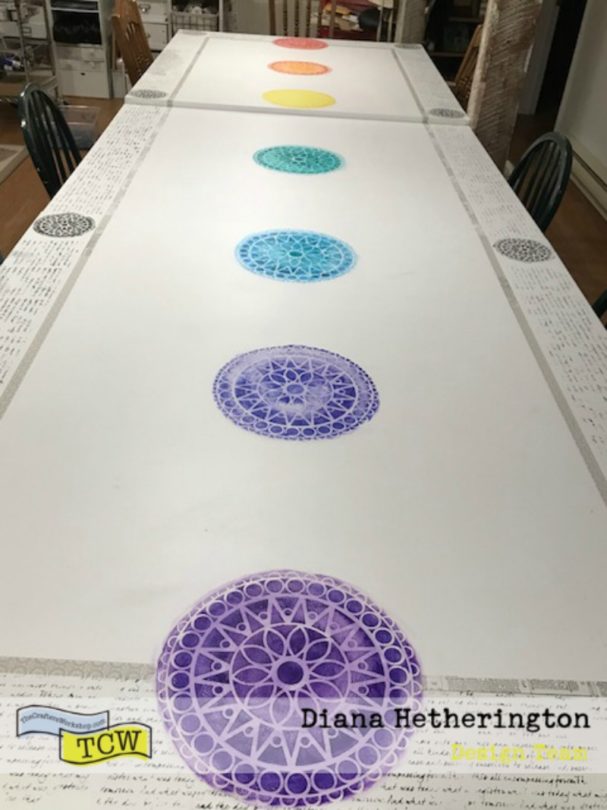 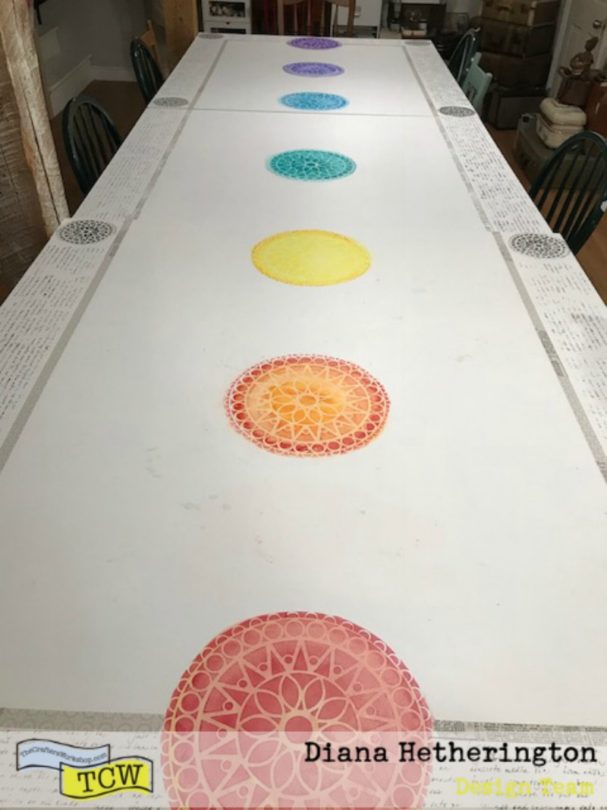 I hope you have been inspired to use your stencils on pieces around your home.  I have not stopped thinking about what I could stencil next!!!

A QUICK TIP:  something I did learn though this whole process is that one should always make sure to take note of where the bottom of your stencil is for those times you wanted to line it back up again to add colour.

until next time my friends,